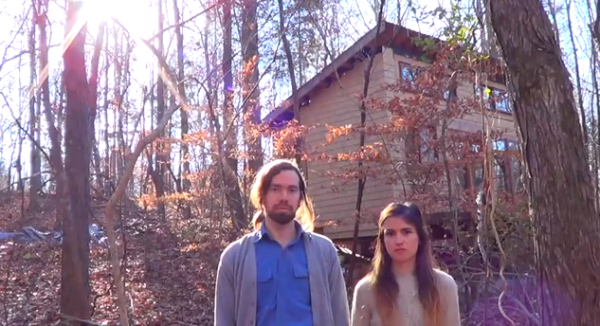 Most bands have 10 or 15 rewards to offer their backers, these guys have 105!

Not only do I think this is great for their fundraiser, but the numbers just a few days into their campaign seem to prove that tons of valuable rewards can be a big help when crowdfunding for your band.

Their success isn’t just from having tons of rewards though, it’s also from the extreme congruency of their project.  Let me show you what I mean…

Their Purpose Worth Backing Aligns With Their Rewards

“Bowerbirds will record their next album in an earth-friendly hand-built recording studio.”

“By the time we were starting our band, in 2005, we already knew that all we really wanted to do with our time was to make music and art and put it out into the world.  For us, nothing was more gratifying for us than the process of bringing a song or a painting out of nothingness into fruition.

In order for us to spend as much time as possible on our creative endeavors, we learned to live on less and teach ourselves skills that would make us more self-sufficient.  The more skills we learned, and the less we needed, the fewer bills we had to pay, and the more time we had to work on our creative projects.”

Wow, these guys have a Purpose Worth Backing that aligns with the worldview of many. By offering 105 rewards, they’ve essentially launched a Kickstarter Online Store for people who like hand made things and believe in natural living and self-sufficiency.

The Bowerbirds have found a way to make their creativity completely self-sufficient. Anyone who aligns with their self sufficient lifestyle will almost certainly align with their hand-made goods and this project overall.

When looking at their list of backers I saw many who’ve backed a large number of other Kickstarter projects.  This is a sign of appealing to strangers which is the holy grail of music Kickstarter accomplishments.

Their Purpose is bringing attention to their music. Hmm.  That’s something to ponder, don’t you think?

A Closer Look At All 105 Rewards

Because they have such a huge array of backer rewards, they made a menu that graphically represents their rewards in an organized, easy to grasp fashion.  They’re offering everything from hand made art to custom logo design and even website design.

It seems like every week we run into new ways that musicians are using Kickstarter.  This goes to show that you’re only limited by your creativity and your ability to connect with an audience whether it be your existing fanbase or people who already connect to a cause or a theme like living au natural with a low carbon footprint.

The lesson we’ve learned from Bowerbirds goes well beyond their Kickstarter though.  The solar powered house/recording studio in the woods represents who this band has been since their inception in 2005.  Their fans have known their worldview all along which has created an undeniable bond that will keep their fanbase going strong for years to come.

What cause, belief,  or worldview do you have that would help others identify and align with you?

Remember: People buy why you do it, not what you make.